LOOK AFTER YOUR SKIN
AND STAY SAFE IN THE SUN

At Skcin we are dedicated to preventing
skin cancer through education...

SKIN CANCER IS THE MOST
COMMON CANCER IN THE UK

Skin cancer kills more people in the UK
than Australia - the UV capital of the world!

RATES OF SKIN CANCER
ARE RISING FASTER THAN
ANY OTHER CANCER

and it is now one of the biggest cancer
killers in the 15-34 age group!

ALMOST ALL SKIN CANCERS
ARE CAUSED BY OVER
EXPOSURE TO UV

That means that almost all skin cancers
are preventable by being sun savvy!

THAT'S WHY SKCIN ARE
DEDICATED TO PROMOTING
PREVENTION AND
EARLY DETECTION

OUR OBJECTIVE:
TO REVERSE THE SOARING
RATES OF SKIN CANCER FOR
OUR FUTURE GENERATIONS

Knowledge is power. It's time to make
a change. Education is key, a culture
change is required and that's our mission. 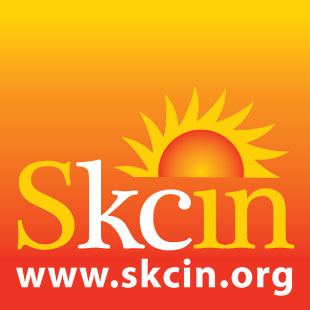 Meet the Team
We are now a national charity with BIG aspirations in relation to increasing awareness through education. Our small, but perfectly formed core team, combines many years of expertise in various fields that complement our service provision. In addition to the core team, our relationships with many of our friends and supporters both past and present, have and continue to provide valued input into the charity's growth and development.
Our links with trusted medical professionals across all levels of skin cancer related treatment and care who have and continue to contribute on a consultancy basis, provides great credibility to our offering.

Dr. Chris Steele has been the "resident doctor" on the popular ITV This Morning programme for over 20 years. Chris who qualified as a doctor in l968 also writes for both Woman magazine and Top Sante. Perhaps more than any other clinician, Dr Chris had pioneered the use of the television and internet mediums to inform and educate the general public on a whole range of health matters, including having his own skin cancer removed live on the This Morning show.

Dr Chris Steele believes like Skcin, that awareness and education are key in reducing the incidence of skin cancer in the UK and endorses Skcins' National Sun Safe Schools accreditation scheme which launched in 2013.

Gary Wolstenholme is England's most capped amateur golfer and has played more than 200 times for England in no less that six Walker Cup matches. Gary turned professional at the age of 47 won a EuroPro Tour event at the age of 49. On turning 50 Gary finished third in his first outing on the European Seniors Tour, and won on only his second outing at the Casa Serena Open. Gary won Rookie of the year in 2011 on the Seniors tour with two tour victories in 2012.

Gary has strong views on the need to create a greater awareness of the dangers of over exposure to the sun and is a stanch supporter of Skcin. He helps to spread the word on sun safety and skin cancer, as he competes at home and abroad.

Sunbeds Can Cause Melanoma!
Sunbeds are not safe - fact! Find
out the truth and misconceptions
LEARN MORE

Skin Cancer - The Warning Signs
Learn how to check your skin and
what you should be looking for...
LEARN MORE

Am I at risk of Skin Cancer
Learn about your skin type level
of associated risk and protection...
LEARN MORE

UV THE FACTS EVERYONE SHOULD KNOW

SUNBEDS CAN CAUSE MELANOMA

THE ABCDE OF MELANOMA

THE FIVE S’S OF SUN SAFETY

HOW TO CHECK YOUR SKIN